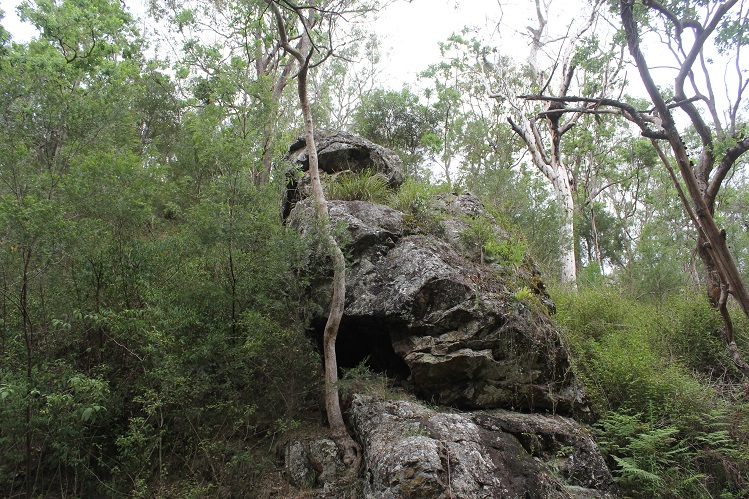 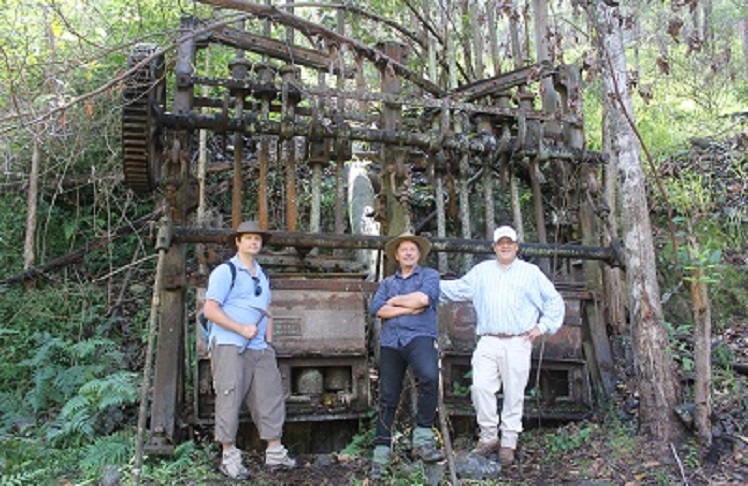 Pictured above is the Outcropping Pine Creek Gold/Ironstone Lode

The Pine Creek reef, about 2.6 kilometres south-west of Dalmorton consists of a near-vertical lode of siliceous iron stone extending east from Pine creek over about 500 metres and was prospected by the Occidental Gold-mining Company in 1899-1900 with several tunnels, shafts and cross-cuts to determine the size and grade.

25 tonnes were sent to the Cockle Creek Smelter Works for cyanide treatment tests , however results showed about 12 gm. Au/tonne. Over a period of about two years several trial crushings were conducted on reef material from many parts of the reef and gold values were found to be very even over an average width of 4.6 metres though too low to be payable at the time — varying between 9 gm. and 12.5 gm. Au/tonne and averaging 11 gm. Au/tonne.

The owner's still intended to try to operate in a large way with extensive machinery, however all attempts to raise capital were apparently unsuccessful and activities ceased in 1901. A large sample of sulphide-bearing siliceous rock taken in 1981 from broken rock surrounding the main shaft was analyzed at 10.6 gm. Au/tonne.

Recent field work to the west of Pine Creek indicates the lode could extend over at least 3000 metres.