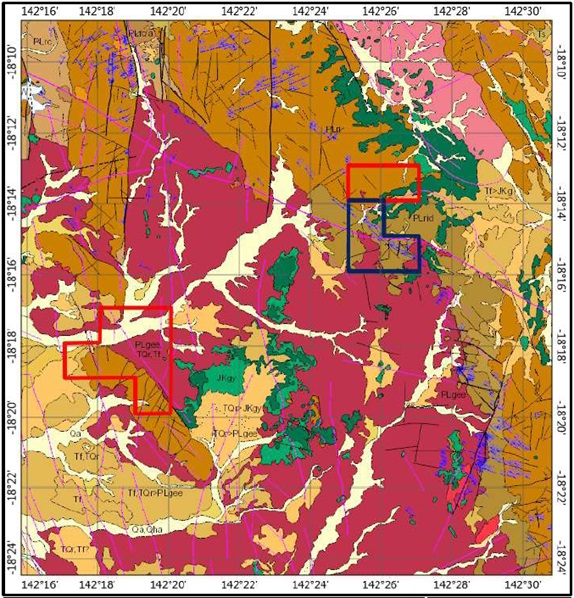 The Croydon Tin Project consists of EPM 25357 with six (6) ML applications in the south (ML30242-30247). The six mining leases cover approximately 300ha of alluvial tin ground draining two old hard rock tin mining areas. Cassiterite was visible in the wash and soil in all lease peg holes, with an estimated average overall of around 1kg cassiterite per cubic metre.

Over the mining lease areas, there is an average of 1m of wash. However, all the surrounding areas covered by the EPM contain viable tin as the area is relatively flat and the Esmeralda Granite is shedding this cassiterite and it is concentrated in the soil profile due to weathering and erosion, with the denser cassiterite remaining in situ. This allows for a much larger resource to be established with simple costeaning. It has been estimated that this project will have a mine life in excess of thirty years.

Primary cassiterite mineralisation in the Stanhills and Mt Cassiterite areas, thought to be genetically associated with an aplitic phase of the Esmeralda Granite, occurs in numerous small, high grade lodes which are generally long and narrow and dip sub-vertically. Greisenisation and chloritisation in the vicinity of the ore is quite common, and lodes also occurring within the Croydon Volcanic Group have been mapped.

In addition to the tin project, the company is also developing gold deposits in the same area:

Queen of the Springs

King of the Springs